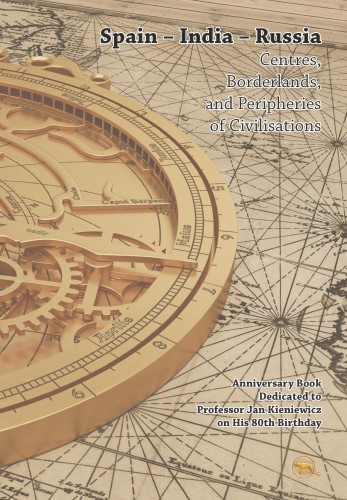 Centres, Borderlands, and Peripheries of Civilisations

The present book is a collection of papers offered to Professor Jan Kieniewicz by his friends, colleagues, and collaborators to celebrate his 80th birthday. Entitled Spain – India – Russia. Centres, Borderlands, and Peripheries of Civilisations, it corresponds only in part – in its thematic and geographical scope – to his research interests. Professor Kieniewicz is indeed a historia involved in researching the history of India, of the European expansion during the precolonial times, of the early modern times in Spain, as well as of the history of Poland and Eastern Europe, but he is also one of the most creative Polish humanists who seeks to synthesize thinking about the human beings, their history, societies, civilisations...